Become a member today and join the blue wave sweeping across Orange County electing Democrats up and down the ballot. Get all the info you need to elect Democrats for key local, state and federal offices governing Costa Mesa. 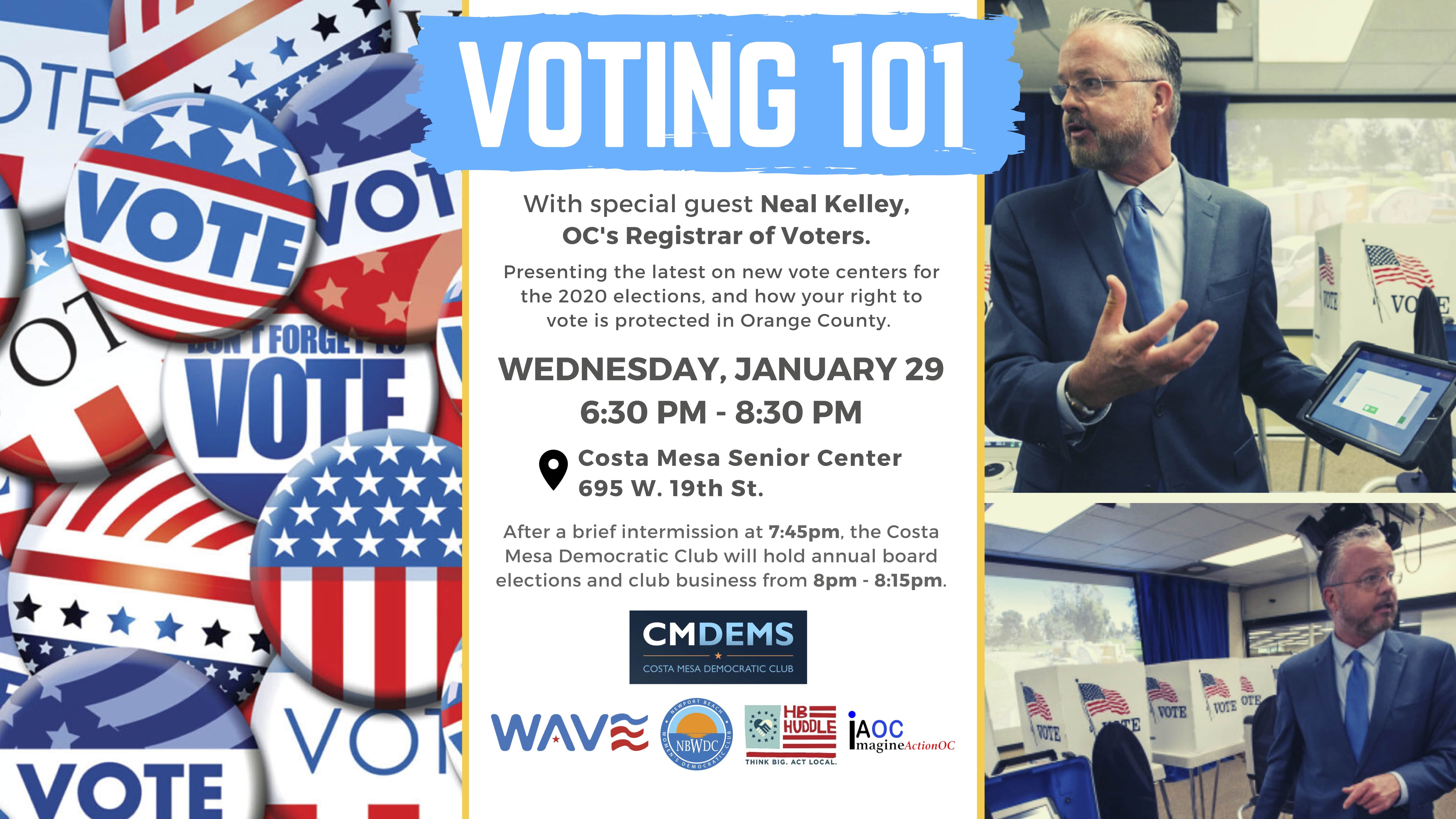 We are Costa Mesa’s officially chartered club with the Democratic Party of Orange County working to organize and elect Democrats at every level of government.

After a successful year with our outgoing 2018-19 board flipping Costa Mesa to a Democratic voter registration advantage, we are excited to continue this movement with our strong team of elected officers. Our current board will serve until January, 2020: 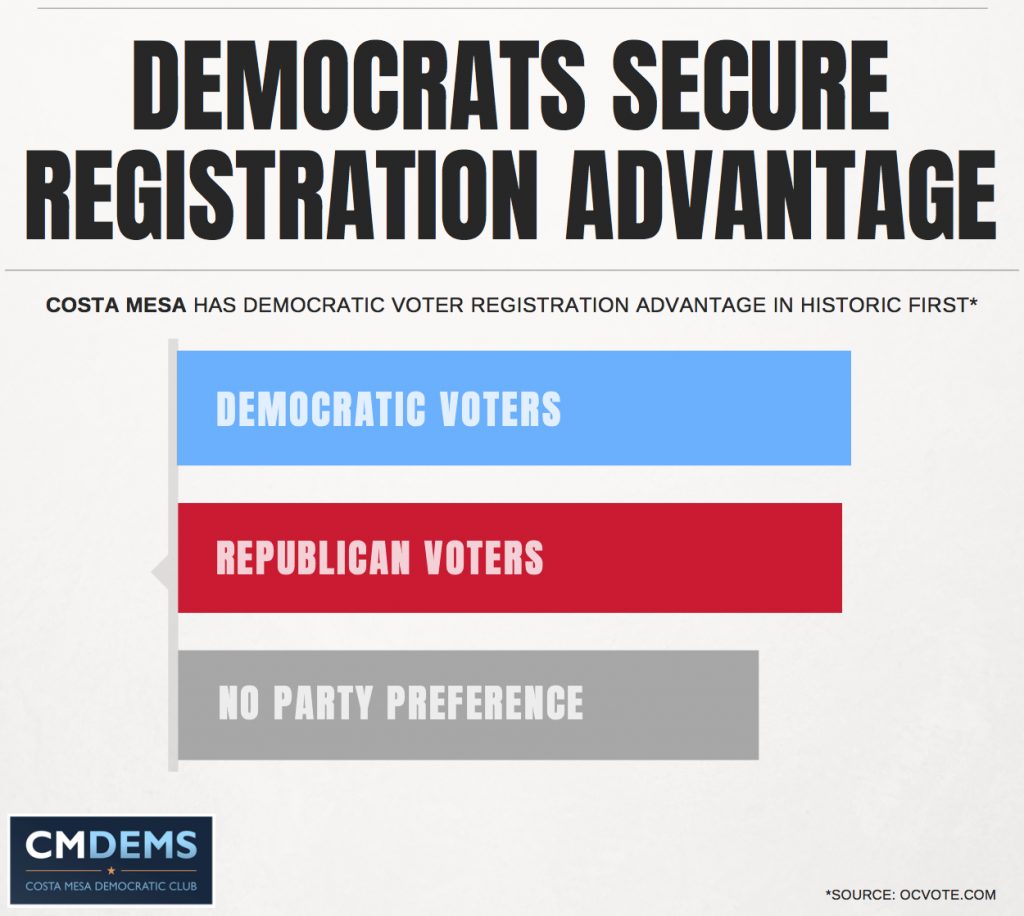 WEDNESDAY, FEBRUARY 13, 2019  —  The Costa Mesa Democratic Club announced that for the first time in Costa Mesa’s 60-year history, Democrats now have more registered voters than any other party affiliation, ending the historical Republican advantage in our city. The shift in voter registrations reflects the midterm election, which saw Costa Mesa voters break for the Democratic candidates in large margins.

The registration advantage also follows the electoral strides of Costa Mesa’s successful Mayor and City Council Members, who built broad margins of victory in each local district up for election last year. Mayor Katrina Foley, a Democrat who endorsed Rouda and Petrie-Norris, won by 19% to unseat the incumbent mayor even with Costa Mesa’s Republican registration advantage in 2018.

“We are excited to see the results of strong Democratic leadership and messaging in Costa Mesa, where voters rejected political fear mongering and dark-money attack ads in favor of candidates who spoke directly to the communities they represent,” said Brandon Love, Costa Mesa Democratic Club Chair for 2018-2019. “The Costa Mesa Democratic club welcomes people from all backgrounds who are also seeking to revitalize and strengthen our democracy. We are excited to have a city council and elected representatives who are accessible and transparent.”

“With so many passionate grassroots volunteers engaged and our local Democratic club actively involved in registering new voters, the new Democratic edge in our community was only a matter of time,” added Costa Mesa Mayor Katrina Foley – “I expect the gap to widen more. Orange County is changing and residents are aligning more with the issues that working families care most about, including a living wage, women’s equality, quality affordable health care and housing, clean and safe communities, preservation of our environment, open space and coastline, and schools modernized and sufficiently funded to allow children to reach their full potential.” 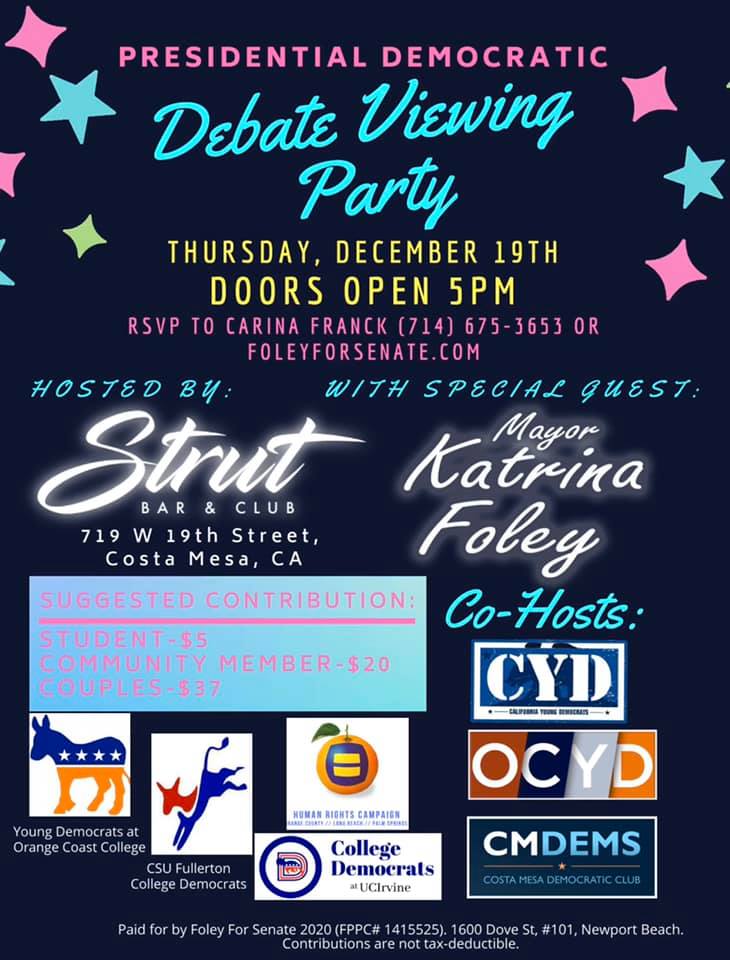 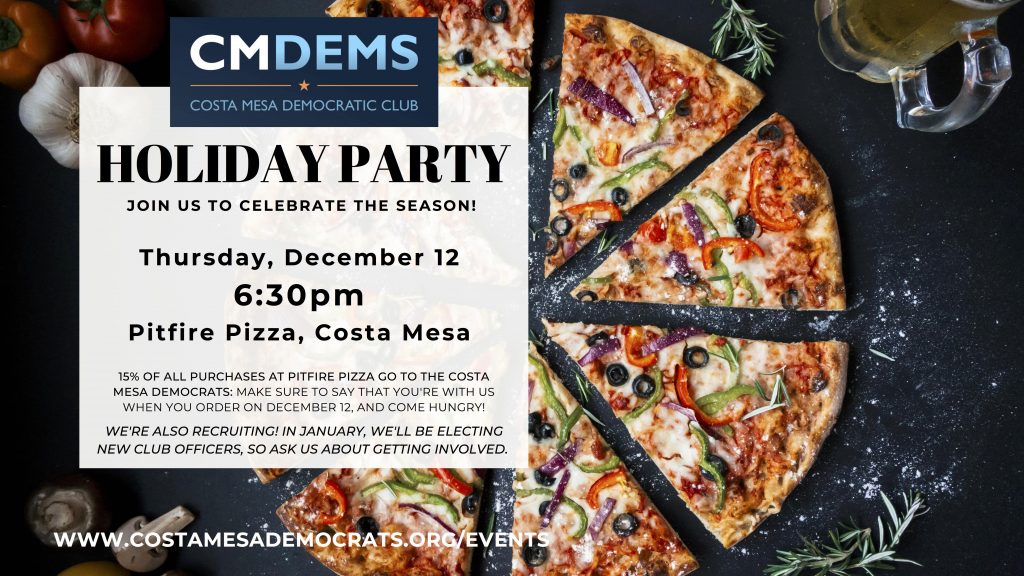 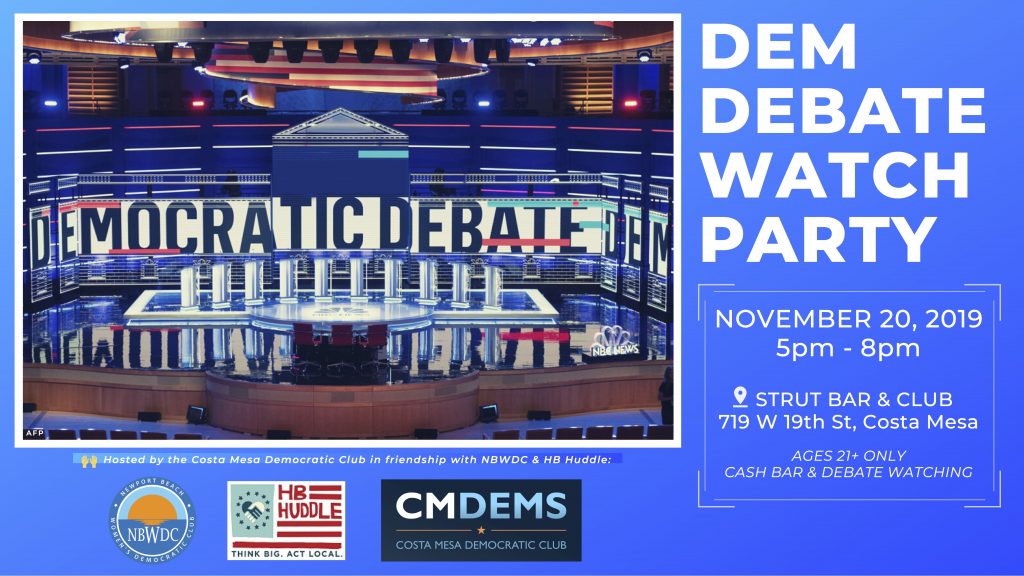 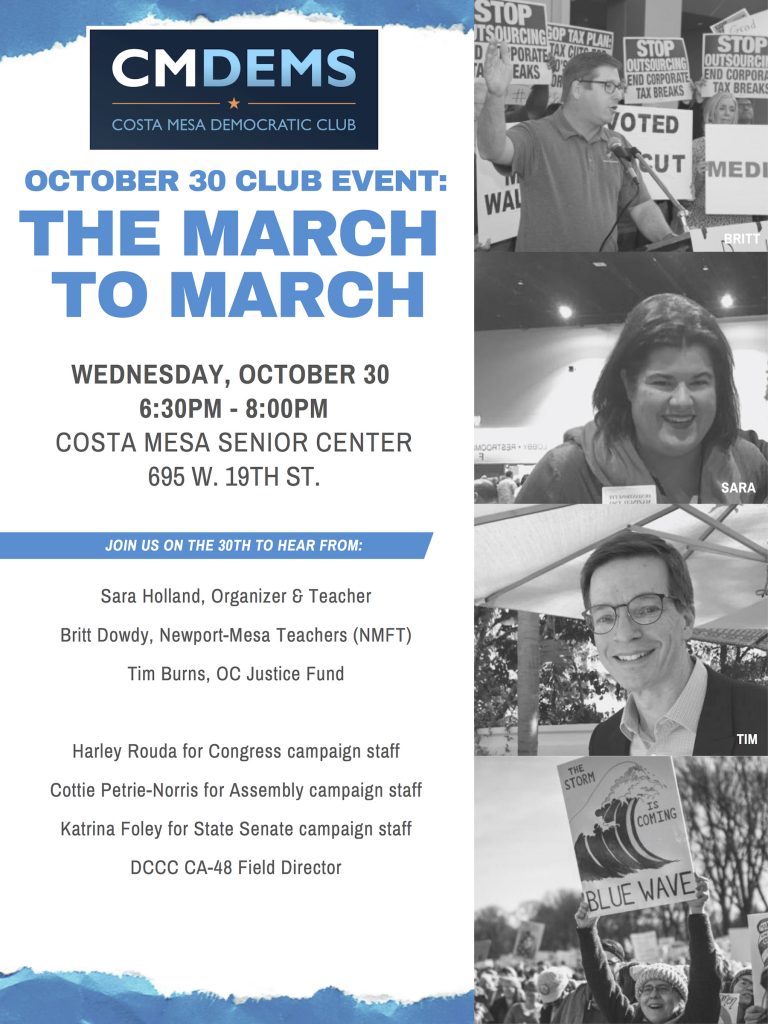 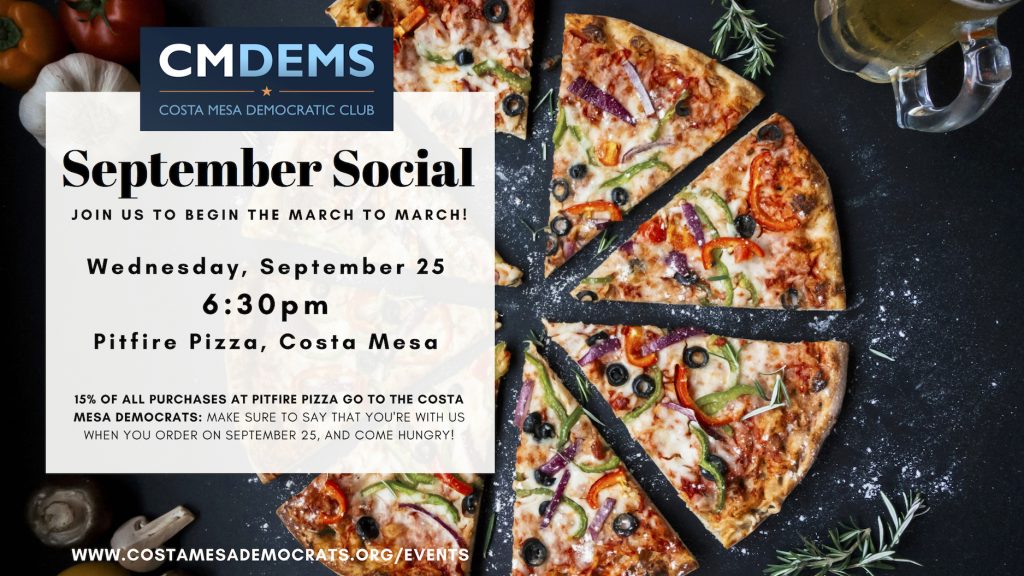 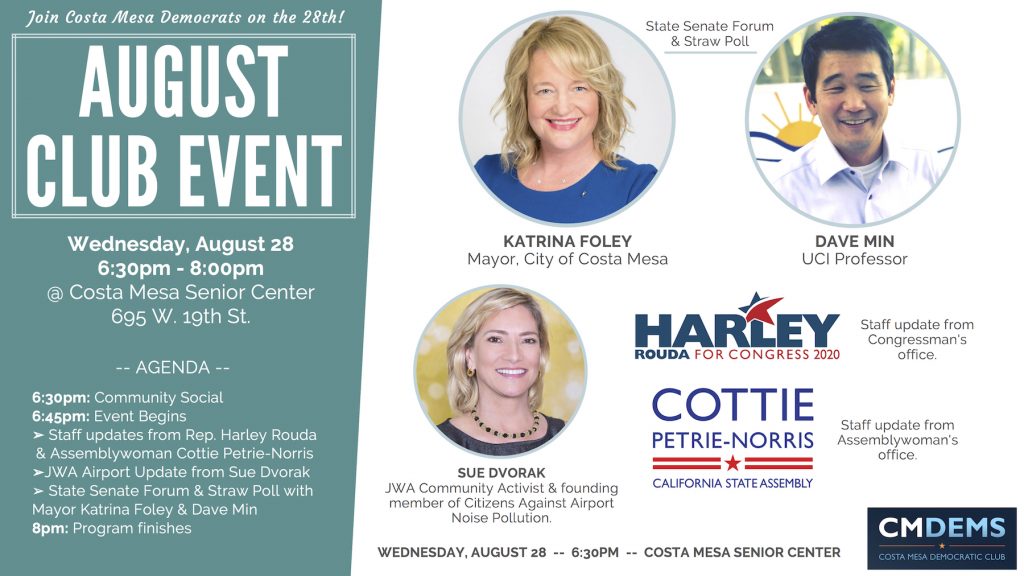 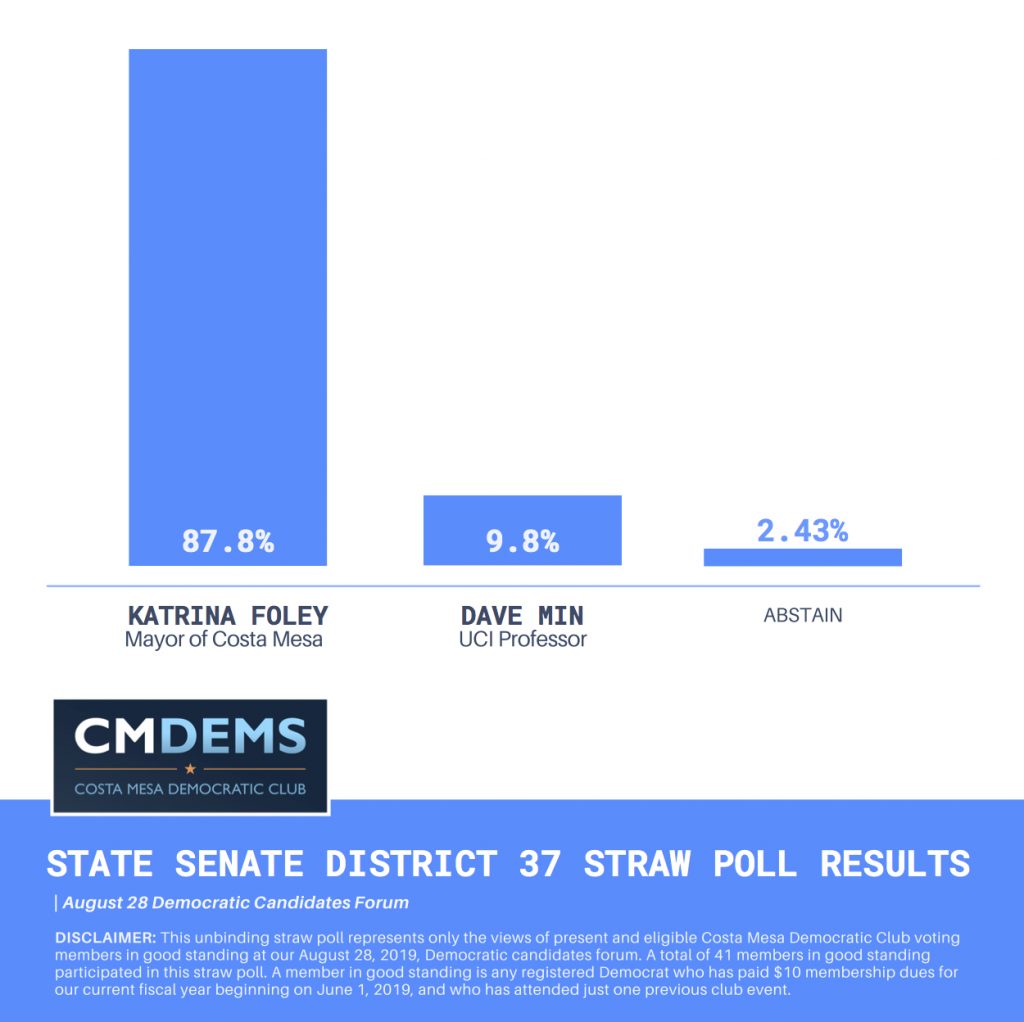 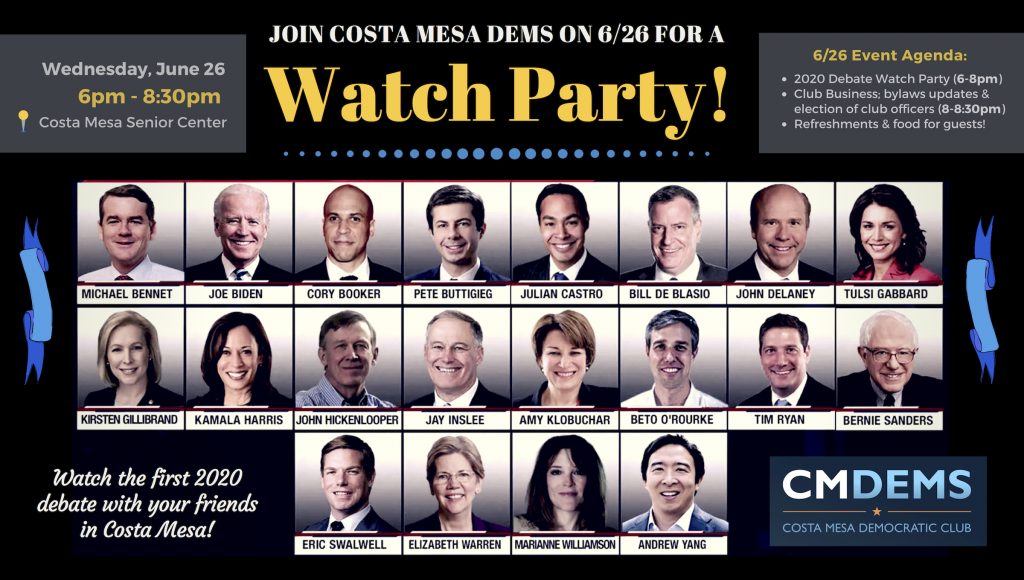 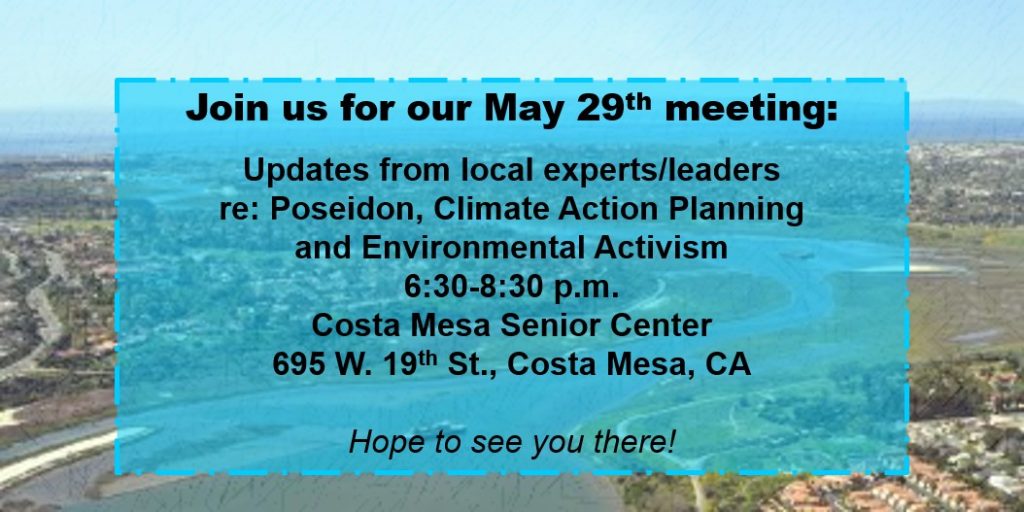 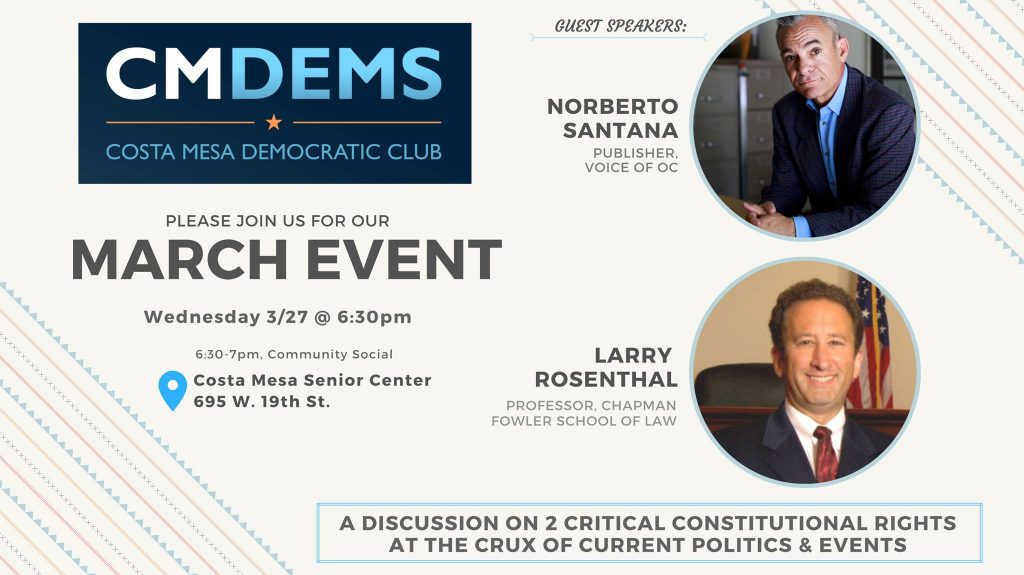